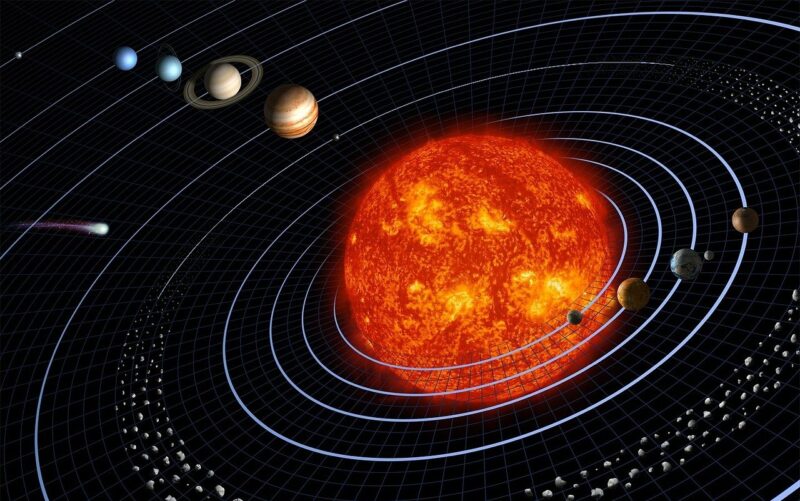 The most beautiful time of the year is certainly Christmas, a day to be with the family and unwrap gifts under the tree, which was previously decorated, traditionally on December 8th, with colored ornaments and shiny lights. Last but not least, the detail that never fails is on top of the tree: the Christmas star.

This year, we are going to see this star shining in the sky exactly on December 21st, the day of the winter solstice, offering us a unique experience of a phenomenon that has not occurred for almost 800 years. Jupiter and Saturn are going to get very close and they will appear as a double planet the moment of their conjunction, when they will seem to collide. The planets will form a combination known as “Christmas star”, as Forbes and Hartigan also maintained.

Forbes reported that Jupiter and Saturn appeared as a double planet for the first time in the Middle Ages, while Hartigan added that this event dates back to 1226. Finally, NASA officials explained that both Jupiter and Saturn have traveled the sky together all year long and, during the first three weeks of December, the planets will continue to get closer after each sunset.

This year will end with this show, visible through telescopes or streaming channels. We are going to have the chance to live a unique experience, which won’t probably repeat until 2080.