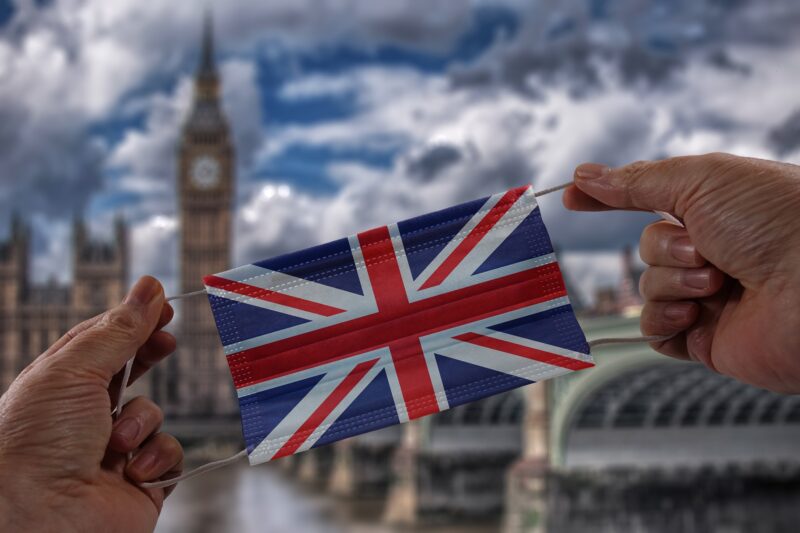 The covid pandemic has been alarming the world for about a year. As we know, Italy is divided into zones with different colors, based on the severity of the situation, the number of infections and the activities that can be carried out or not.

However, today, the United Kingdom and the USA are in much worse conditions than our country. There have been 3.32 million cases in the UK alone and around 80,000 deaths.

These are impressive numbers that are increasing every day and don’t seem to stop. At first, in order to avoid the spread of further cases brought by foreigners, Prime Minister Boris Johnson decided that tourists had to stay in isolation for ten days, following a swab test that in any case had to be negative. Now he has decided to close the country for an indefinite period.

In the USA, on the other hand, about 24 million cases have been recorded, out of a world total of about 94 million cases. This is certainly an alarming fact and President Biden has already announced that all doses of the vaccine will be administered to the population as soon as possible.

The “American antidote” is the Johnson & Johnson, which targeted the population aged 18 to 55 years. The data showed that, after a single vaccination, neutralizing antibodies against Covid were detected in over 90% of the study participants on day 29 and 100% of the participants on day 57. These neutralizing antibodies remained stable through day 71, currently the latest available time point.

On the other hand, the 8th December 2020 in Great Britain was the date that marked V-Day, the day that the UK government started the mass vaccination against the coronavirus. This is the largest vaccination program ever developed by the UK public health service. Great Britain was the first European country to start the vaccination campaign with the aim of being able to immunize millions of people against Covid-19.

Now, in addition to Great Britain, other European countries are adopting the vaccine. The pharmaceutical company, Pfizer, which deals with the distribution of the vaccines has found itself in difficulty lately, having then to cut down the distributions to countries most in need. The situation is expected to improve in mid-February, thus achieving a more homogeneous distribution.